Nellie Verne Walker (December 8, 1874 – July 10, 1973) first picked up a hammer and chisel in her father’s Moulton, Iowa, shop carving gravestones.By age 17 she carved her first work of art, a limestone bust of President Abraham Lincoln. In a mere 24 days, she had created the bust for the Columbian Exposition being held in Chicago in 1893. Her first piece is now on display in the Moulton City Library.Nellie created famous works, such as, the statue of Senator James Harlan which stands in Statuary Hall in the United States Capitol Building; the Polish War Memorial in Chicago; and Chief Keokuk in Rand Park in Keokuk, Iowa.Nellie would return to her roots in a way, as she began to make memorial sculptures on commission. These works can be seen in Omaha Nebraska, as well as Minneapolis, Minnesota. A mile west of Moulton is Oakland Cemetery where Nellie was laid to rest beneath a plain gravestone hardly befitting an artist of her talent and status. Her tombstone bears one word that describes her life's work, "Sculptress." 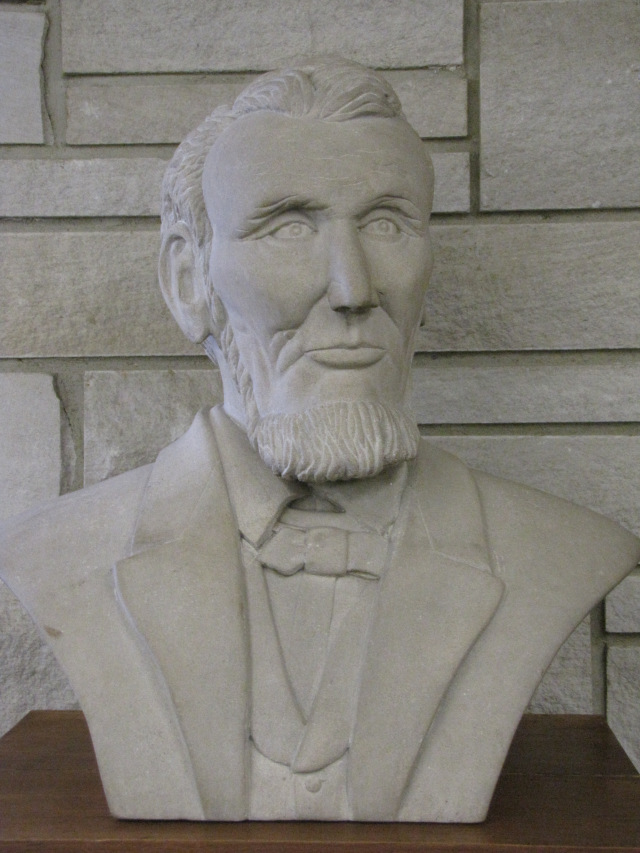